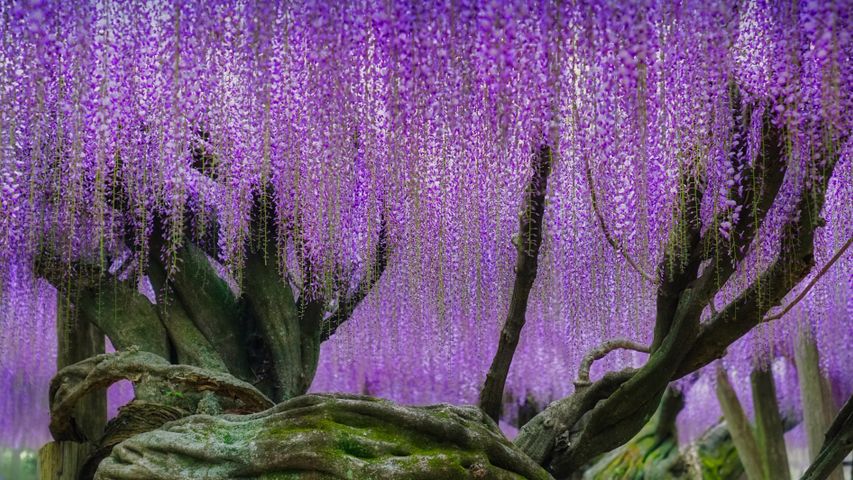 Today we’re taking a trip to a Japanese purple paradise. This photo captures just one of over 22 different varieties of wisteria planted at the Kawachi Fuji Gardens in Kitakyushu, Japan. Hundreds of wisteria plants were meticulously cultivated to form tunnels that bloom, with shades of blue, white, purple, and pink. The walkable tunnels open into large domes of wisteria vines for visitors to sit under and bask in the fragrant flowers. An overlook gives visitors an impressive view of not only the flowers but also the surrounding valley and its bamboo groves.

The private garden wasn’t necessarily intended to be a tourist destination. Founder Masao Higuchi just wanted to leave something behind as proof that he lived in this world. Work began on the garden in 1968 and in 1977 the garden was open to the public. If you want to see the garden, plan accordingly. It’s only open for two brief periods a year: the wisteria season between late April and early May and the equally impressive maple season. In Autumn more than 700 maple trees change colour, bringing another blast of colour from mid-November to early December.

Common redpoll perched on a branch in snow, Quebec