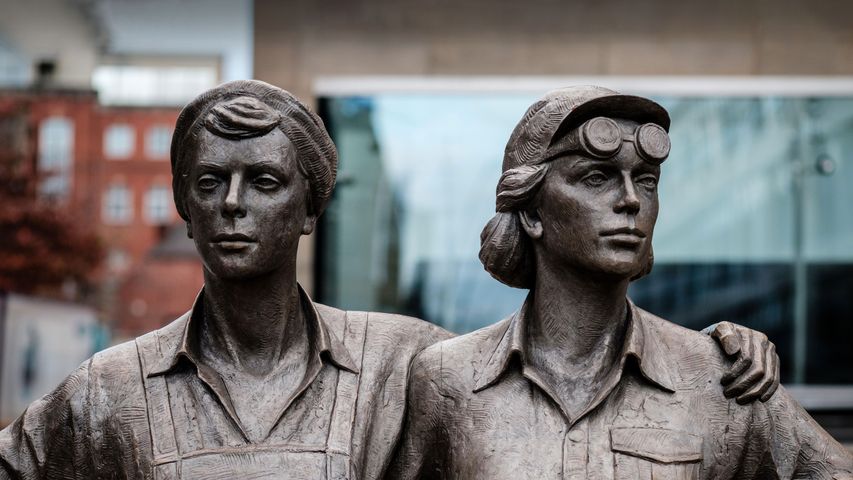 International Women’s Day takes us to Sheffield, where this bronze sculpture commemorates the important role played by women in the city’s steel industry during both world wars. Sheffield has a long history of steel-making and played a central role in arming the military during the wars, something which made it a bombing target.

With working-age men away fighting, women – some girls as young as 14 – were conscripted to work in Sheffield’s factories and steel mills, often undertaking dangerous and physically demanding work. But when the war ended, they were dismissed and their contribution went unrecognised for decades until, after a fundraising campaign, this sculpture was unveiled in 2016.

Sculptor Martin Jennings said the Women Of Steel statue, showing a welder and a riveter in factory boiler suits, was inspired by an old photograph he saw of some of the women linking arms. It represents the camaraderie and pride of women who became experts in an industry that was traditionally the preserve of men. It stands outside Sheffield City Hall, a permanent reminder of the true mettle showed by the city’s women of steel.