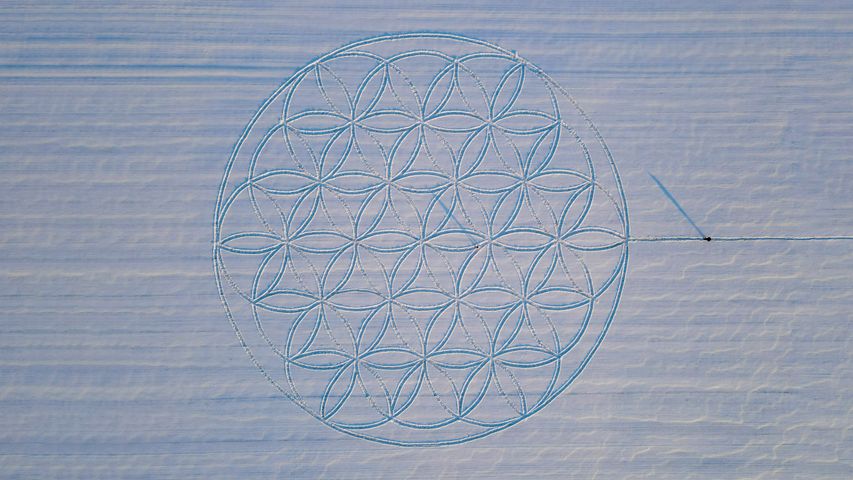 A flower blooms in the snow. Flower of Life symbol drawn in snow

German artist Michael Uy created this Flower of Life geometric pattern in the snow in Brandenburg. Preparations began about a week before, when Uy hammered 19 wooden posts into a field, carefully measuring the space between each post. After the snowfall, he walked near-perfect circles around all 19 pillars, using a string to keep an equal distance from the posts. The artist then used a broom to further remove the snow from his footprints and reveal the lines of the flower nearly 200ft (61m) across.

Uy’s piece was fully visible only when the sun was low. And only until the next snow or warm day. Luckily, a drone was dispatched to snap this photograph.

The Flower of Life is an ancient symbol, long revered by various cultures around the world from ancient Assyrians to modern pagans. The pattern is believed by some to be a visual representation of interconnectivity, energy and harmony. Others think it may be a key to unlocking the secrets of the universe. And hey, it looks cool. Especially on ice.