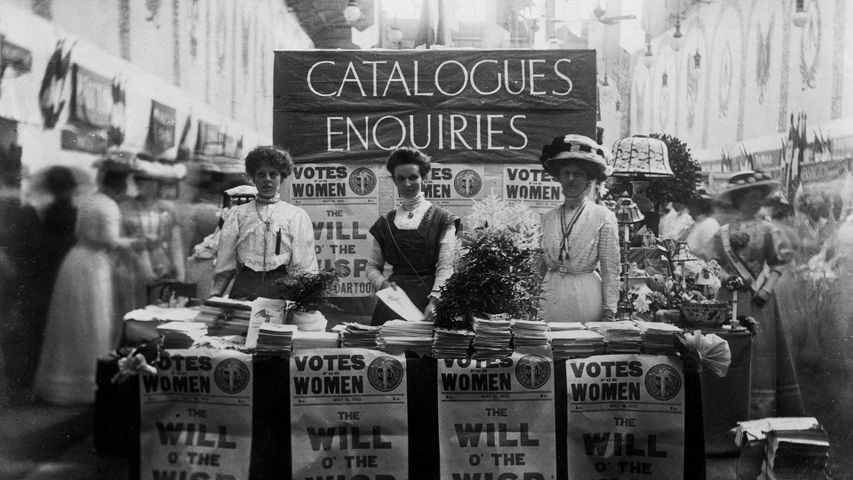 On International Women’s Day we’re looking back to Knightsbridge, London in May 1909 - a time when women didn’t have the vote here in the UK. The Women’s Exhibition included political stands like this one selling the suffragettes’ newspaper alongside stalls selling hats, books and sweets. All were decked out in purple, green and white – the colours of the Women’s Social and Political Union, the suffragette organisation founded by Emmeline Pankhurst and her daughters, for which the exhibition raised funds and publicity. The exhibition was captured on camera by Christina Broom, considered the UK’s first female press photographer.

The WSPU adopted militant tactics, including lawbreaking, violence and hunger strikes to get their message across until the outbreak of World War One meant civil disobedience was suspended. But women took on new roles as part of the war effort and in 1918, the Representation of the People Act extended the right to vote to women aged over 30 who met a property qualification. That same year women were allowed to stand for Parliament. The Equal Franchise Act passed in 1928 extended suffrage to all women over 21, meaning they finally had the same voting rights as men.