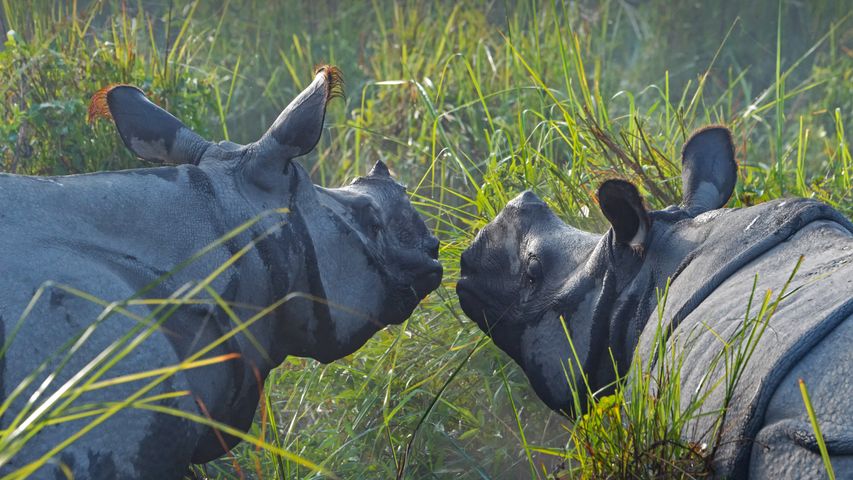 We’re looking at a pair of greater one-horned rhinoceroses in India's Kaziranga National Park. These unique creatures have made a remarkable comeback from the verge of extinction in the early 20th century, when their numbers dropped to around 200 animals. But thanks to wildlife authorities, the population of greater one-horned rhinos has slowly increased to about 3,700 today.

Conservation efforts have concentrated on the rhinos’ traditional habitat in north-east India and the grasslands of Nepal. The rhinos are especially important to the health of ecosystems because they love to wallow in puddles of water – by doing so they help to protect, expand and create new waterholes for use by other animals, significantly enriching the habitat for all.