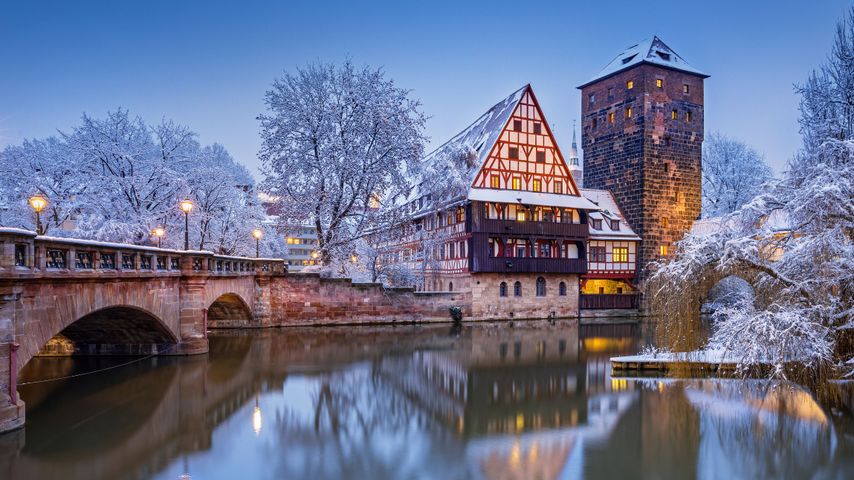 This medieval house along the Pegnitz river in Nuremberg's old town is the largest half-timbered building in Germany. The 48-metre-long building was originally constructed in the 1440s and was used as a hospice and place to feed lepers in the Middle Ages. The ground floor was later used as a wine store, which gives the building its name – Weinstadel means ‘wine storage’ in English. The building was damaged during World War II bombings before being converted into a student residence, along with the adjoining water tower, in the 1950s.