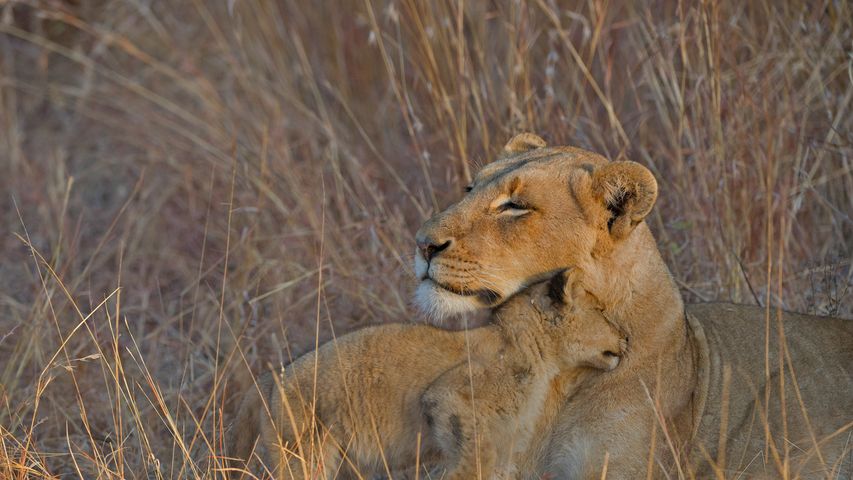 Even the toughest predator on the South African savannah likes to cuddle. This lioness is being given a hug by one of her cubs in Sabi Sabi, a private game reserve in South Africa. Lions are one of the big five game found in this conservation area, along with leopards, rhinoceroses, buffalos and elephants.

Lionesses have strong maternal instincts. Many of the females in a pride give birth around the same time so that they can take care of each other's cubs. Baby lions are dependent on their mothers for food and protection, so they are hidden from other lions for about six weeks before being introduced to the rest of the pride. Lionesses look after their cubs until they reach the age of two or three, at which stage they're old enough to join the pride on hunting trips.