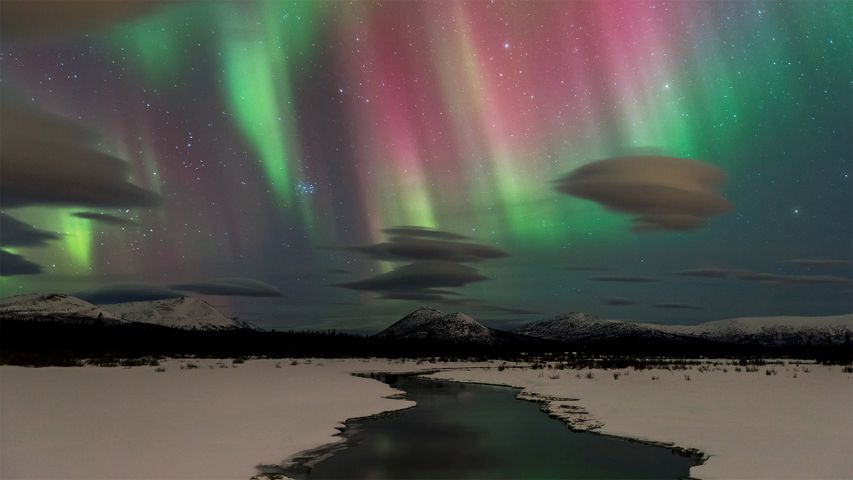 A 'horse' of many colours

Whitehorse, Yukon's only city and the largest in Northern Canada, will have just seven hours of daylight today, but nature has a way of compensating for this injustice. The area enjoys frequent and spectacular light shows, thanks to the aurora borealis. The mechanics of northern lights are still not fully understood, but scientists agree that solar winds - big pulses of energy from our sun - pass through the Earth's magnetic fields, especially at the polar regions, resulting in shimmering colours.

In addition to the lights, the nearby mountains help facilitate another unusual phenomenon: lenticular clouds. These lens-shape clouds usually develop on the downwind side of a mountain range, and we think they add an otherworldly element to our image.