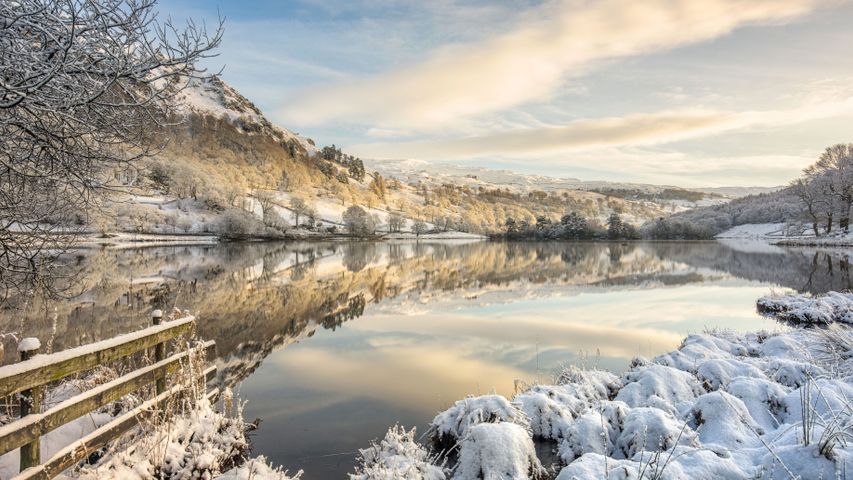 This is Rydal Water, one of the smallest but prettiest lakes in England’s Lake District National Park. Rydal Water is one of the two lakes most associated with William Wordsworth, one of England’s greatest poets. Wordsworth lived around these lakes in the 19th century, writing some of his best-known works. To the western edge of the lake is Wordsworth’s Seat, a rocky outcrop said to be the writer’s favourite spot.

Rydal Water sits in a glacial valley which also contains the town of Ambleside, one of 13 valleys in the Lake District. The lake has been known to freeze over on winter days like this one. You can walk around it and see Wordsworth’s former homes as well as passing by a cave in the hill above the lake.