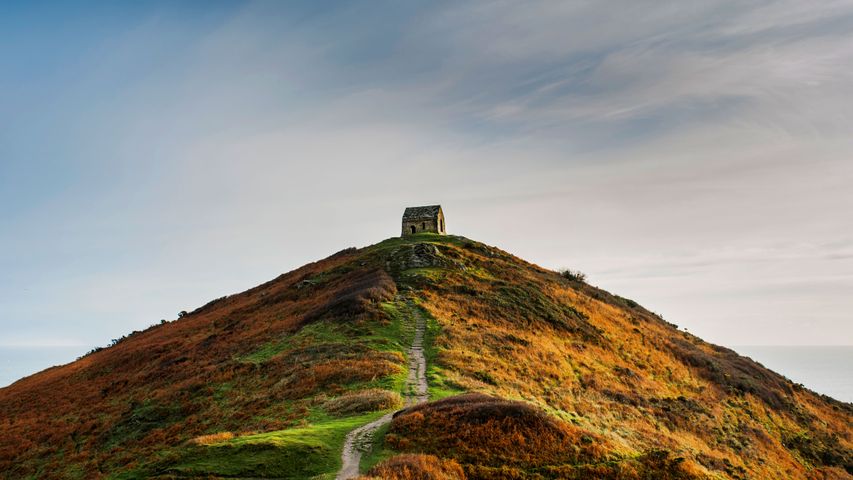 This lonely little chapel has looked out from the top of Rame Head, a coastal headland in Cornwall, south-west England, for hundreds of years. Dedicated to Saint Michael, its earliest records date back to 1397 when it was used for worship. Since then, it’s had many roles, including warning sailors off dangerous rocks and raising the alarm about enemies approaching by sea. By the early 20th century, the chapel had fallen into ruin, but it was used as a radar station looking out for low-flying enemy aircraft during World War II. A concrete platform remains on the other side of this ruined building, a reminder of its war service.