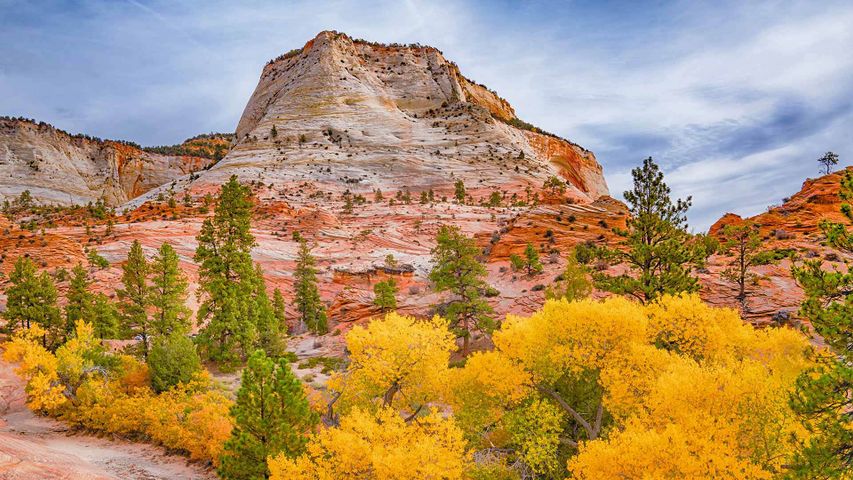 It's been exactly 100 years since American President Woodrow Wilson signed an act to convert Mukuntuweap National Monument into Zion National Park. Fewer than 2,000 people visited back in 1919 due to poor road conditions and lack of trails. These days, the park has the opposite problem - with more than four million people coming each year, crowds create long lines for shuttles and clog popular areas such as the Narrows. Part of Zion Canyon, the Narrows can be seen from a paved path. But many people like to experience it up close, hiking in the Virgin River, and it can get crowded at peak times since it's - as the name implies - narrow.

In recent years, Zion has even moved ahead of Yellowstone and Yosemite to become the fourth-most-visited US national park (Great Smoky Mountains, the Grand Canyon, and Rocky Mountain parks are the top three respectively). Also contributing to Zion's popularity is its proximity to other attractions. It's part of the Grand Circle, a region that includes parts of five states and is the most concentrated area of national parks and monuments in America.