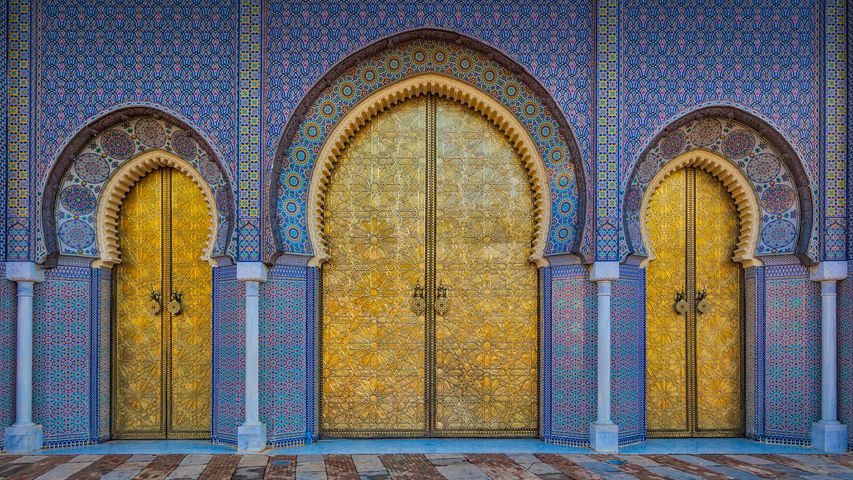 You're beholding the main gates of the Dar al-Makhzen, the royal palace and official residence of the King of Morocco. The palace, whose official name is El Mechouar Essaid Palace, which means The Venue of Happiness Palace, was originally founded in 1276, but the ornate gates in today’s homepage image were added in the 1960s and '70s, crafted of wood and bronze with intricate mosaic tiling, a hallmark of Islamic art both old and new. The palace is located in Fes el-Jdid (New Fes), the fortified royal district founded by the Marinid sultans in 1276. It spans 80 hectares and much of the city's area. Inside, the vast palace grounds consist of courtyards, residential pavilions, gardens and fountains.