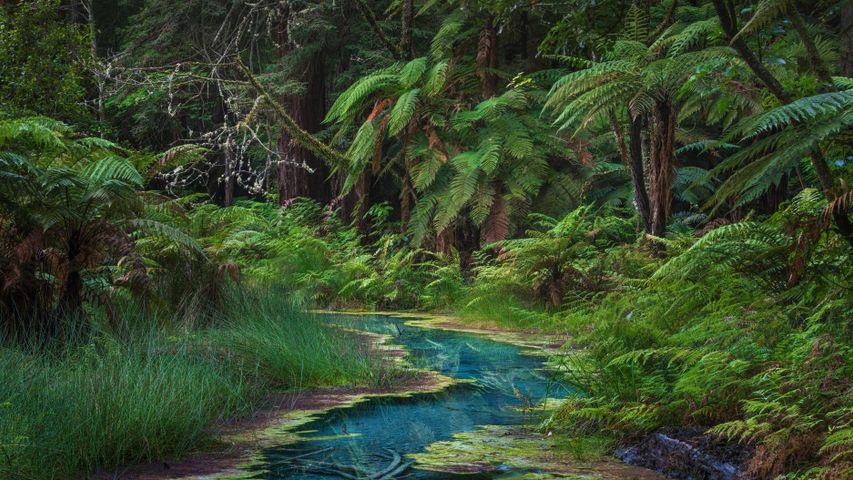 On New Zealand's North Island, Whakarewarewa Forest is home to a diverse range of native plants and animals. There's also a series of lakes as well as hot springs, bubbling mud pools, and even active geysers. But Whakarewarewa Forest features something that no other forest in New Zealand can claim – a grove of majestic redwood trees called the Redwood Memorial Grove. The trees in the grove were introduced from their native California at the beginning of the 20th century.

Today, the Redwood Memorial Grove is a popular hotspot for tourists hoping to walk among the giants, with an elevated walkway that winds through the roughly 600 acres of redwoods. Some of the trees have grown as high as 230-feet in the century since they were planted. These California transplants seem to have taken to their new home quite well.