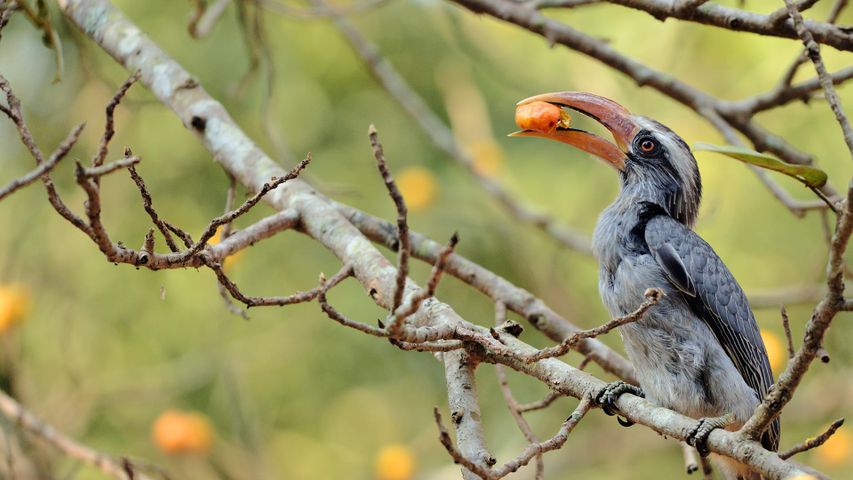 Hornbills are found in the forests of subtropical Africa and Southeast Asia, and today’s homepage features one from Dandeli, Karnataka. Both the English name and the scientific name (Bucerotidae) refer to the large, curved and often brightly-coloured bill of this species. They are a monogamous species which nest in the cavities of trees and hills.

Many insular species (species that nest on islands) are threatened with extinction. However, the Malabar grey hornbill featured in our image faces no such threat. These subspecies are native to the Western Ghats and some hilly regions of South India. Although they usually prefer feeding on fruits, the Malabar hornbill will readily dine on meat if in captivity.