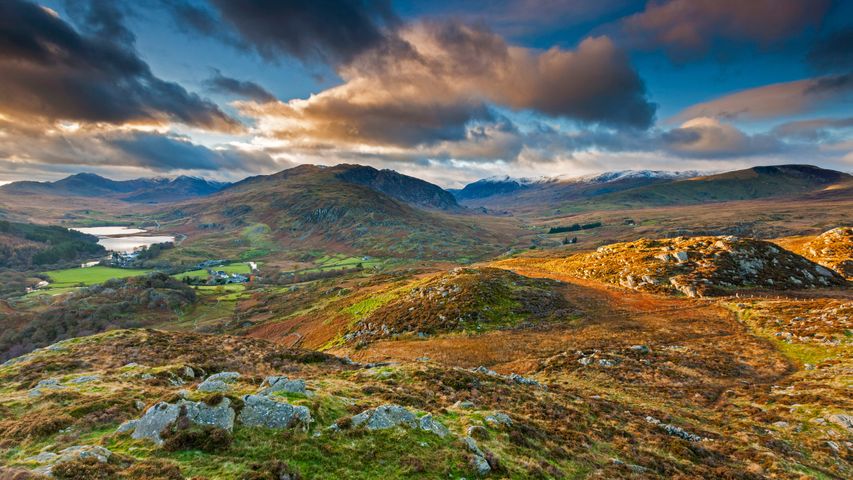 Here on the west coast of Great Britain, we’re enjoying views of the windswept uplands and jagged peaks that surround the small village of Capel Curig in the heart of Snowdonia National Park. Renowned for its rugged and mountainous landscape, Snowdonia is the largest national park in Wales and home to over 26,000 people and even more sheep – the wooly farm animals outnumber people three to one in Wales. About 60% of the park’s population speak Welsh, one of Europe’s oldest languages, and today they will be wishing this spectacular setting a ‘pen-blwydd hapus’ (happy birthday) as Snowdonia celebrates its 70th anniversary.

Established on October 18, 1951, as the first national park in Wales, Snowdonia boasts nine mountain ranges that cover just over half the park’s 823 square miles. Its most popular peak is Snowdon (Yr Wyddfa in the local Welsh tongue), the tallest mountain in Wales and England, which you can see in the background of our photo. At 3,560 feet, Snowdon is one of 15 mountains within the park that top 3,000 feet and they're clustered close enough together to make it possible to reach all 15 summits within 24 hours, a challenge known as the Welsh 3000s.