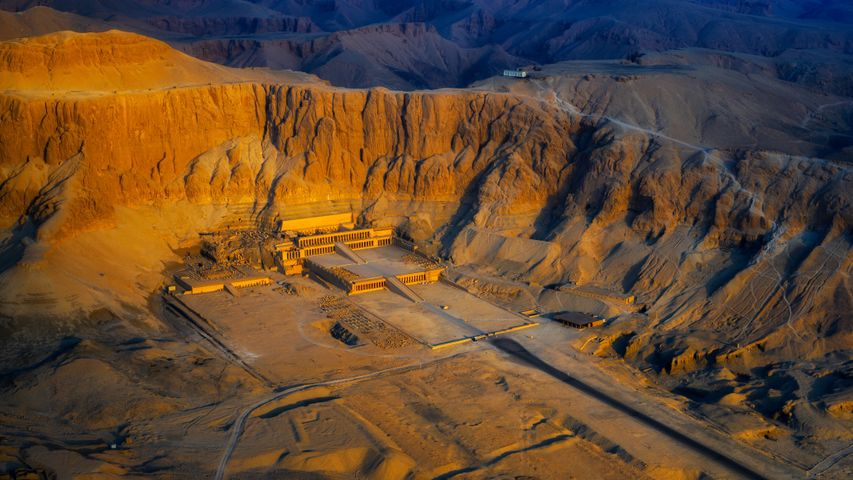 Info. Aerial view of the Temple of Hatshepsut near Luxor, Egypt

These temple ruins lie outside the ancient city now called Luxor in Egypt. The temple was dedicated to Pharaoh Hatshepsut, who ruled almost 3,500 years ago. Under her reign, Egypt enjoyed decades of peace and flourishing culture. But Thutmose III, the pharaoh who succeeded Hatshepsut, forbade all mention of her rule, taking credit for her monuments and leaving her name all but unknown for millennia. By the 19th century, many archaeologists had noticed a gap in the recorded succession of pharaohs. Through their efforts decoding hieroglyphics, cataloguing artifacts and finally excavating Hatshepsut's great temple in 1906, the greatest woman ruler of her time began reclaiming her place in the history books.