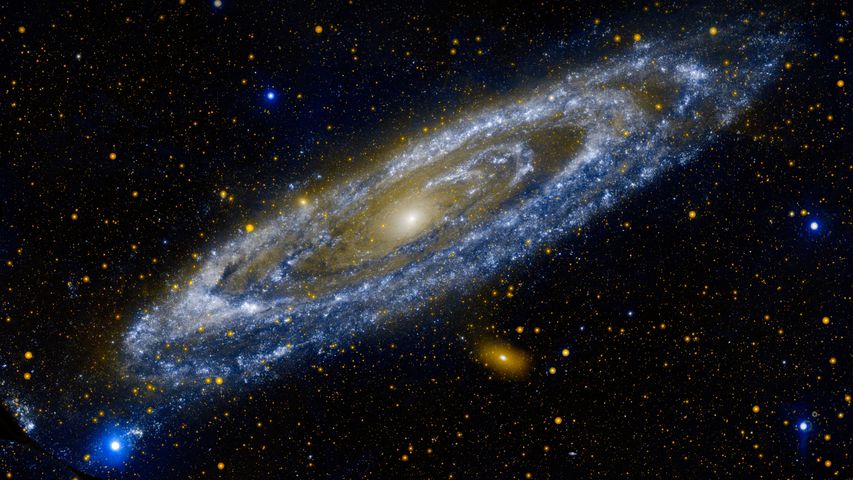 The Andromeda Galaxy is the closest big galaxy to the Milky Way. About 2.5 million light-years away from Earth, it is the most distant object you can see with the naked eye. Like our Milky Way, Andromeda is a barred spiral-shaped galaxy. It contains one trillion stars, which is over twice the number estimated for the Milky Way. The Andromeda Galaxy is approaching the Milky Way at a speed of about 110 kilometres per second, and the two galaxies are on track to meet – they are predicted to collide four billion years from now.