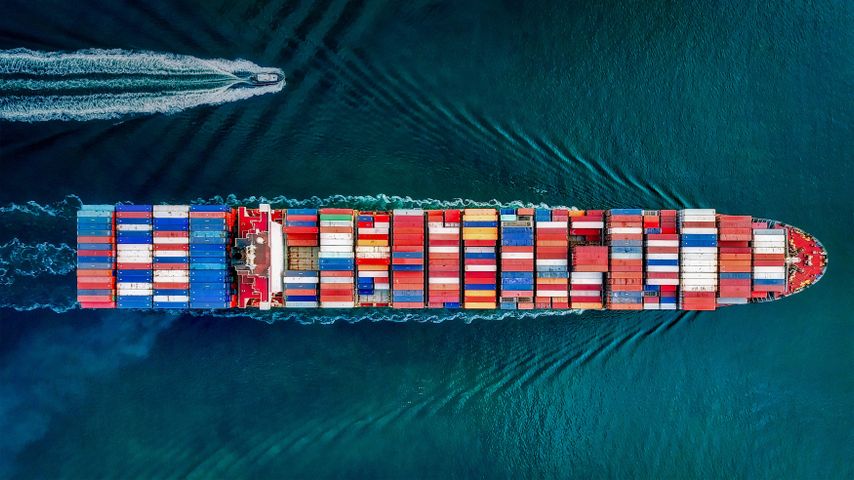 It is estimated about 80% of goods are transported by ships. An American truck driver called Malcolm McLean developed the modern shipping container system, which revolutionised transport and international trade in the second half of the 20th century. The biggest ships can carry about 20,000 containers, but they don't always reach their destination – the World Shipping Council's 2020 report found that an average of 1,382 containers are lost at sea each year.

In March 2021, Ever Given – one of the largest container ships in the world – was passing through the Suez Canal in Egypt on its way to Rotterdam from China when it became stuck and blocked the canal, disrupting global trade. The 400-metre-long ship was wedged across the waterway for six days until it was freed.