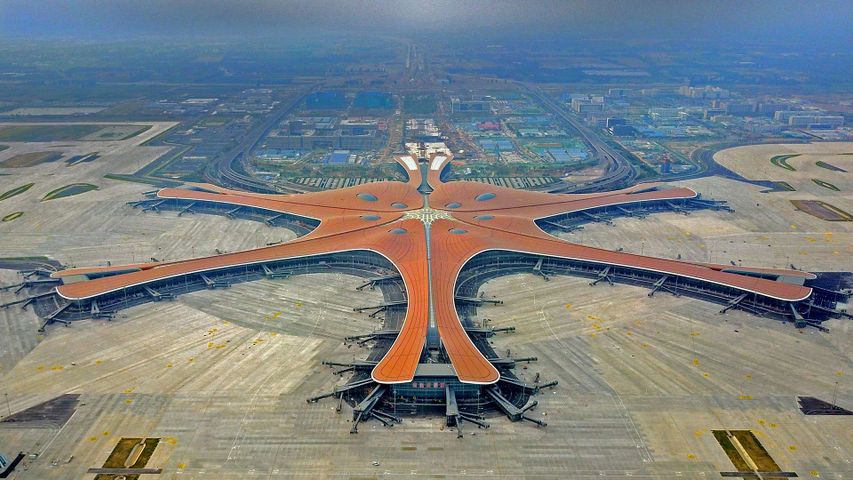 Today marks the opening of the Daxing International Airport in Beijing. Constructed to alleviate pressure on the city's existing airport, Beijing Capital International, the bright orange starfish lookalike took more than four years to construct. And travellers, hold onto your hats, because Daxing International will connect to China's capital city via high-speed train that travels at top speeds of more than 321 km/h.

Occupying 46 square kilometres of land and boasting the largest passenger terminal in the world, the structure was partially designed by legendary architect Zaha Hadid, who also masterminded China's Guangzhou Opera House. In a nod to traditional Chinese architecture, the building consists of a central hub with six curved spokes - bringing organisation to the interconnected spaces around a central courtyard and minimising the building's environmental footprint. Inside, passengers will feel like they’re in anything but an airport with dark, polished-stone floors and white ceilings that open intermittently to big, beautiful skylights.

Airplanes inside the Museum of Flight in Seattle, Washington

Sunset over the Pacific from the International Space Station

The 1903 Wright Flyer, hanging in the Milestones of Flight exhibit at the Smithsonian National Air and Space Museum in Washington, D.C.