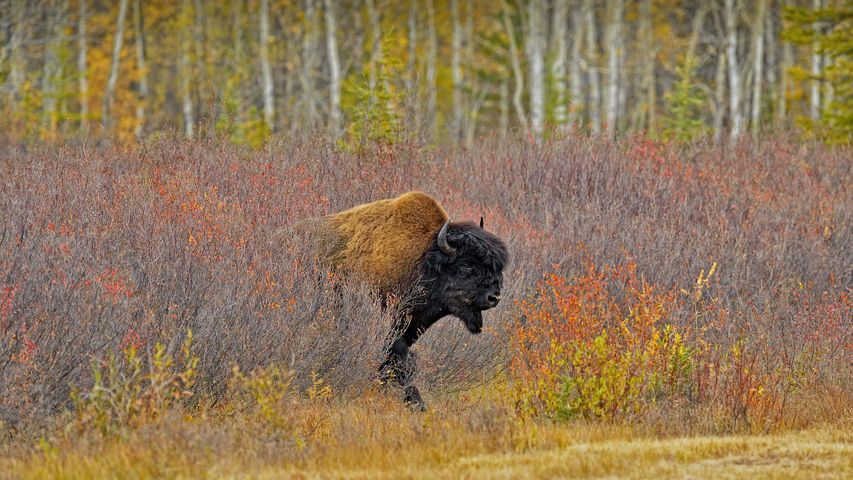 Info. A wood bison in the Northwest Territories, Canada

Emerging from the trees in the Northwest Territories of Canada comes a wood bison, the larger of the two subspecies of the American bison. (The plains bison is the other type.) There were once tens of thousands of wood bison roaming the chilly boreal forests and open meadows in north-west Canada and parts of Alaska. But by the early 1900s, these majestic animals were driven almost to extinction by hunting, disease and habitat loss.

Thanks to conservation efforts, today their numbers have rebounded. There are about 8,000 wood bison in Canada, and one of the best places to see them in the wild is the Northwest Territories, an area that has become an important refuge for the largest land mammal in North America.