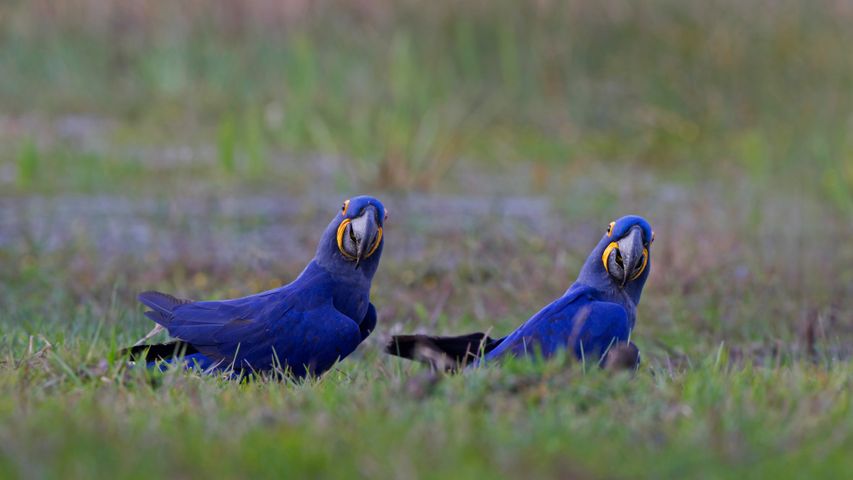 Info. Hyacinth macaws in the Pantanal region of Brazil

The hyacinth macaw is native to central and eastern South America – this pair of pretty parrots have been photographed in the Pantanal wetland region of Brazil. It is the largest parrot in the world by length (the flightless Kakapo of New Zealand is heavier), measuring about one metre long from the tip of its tail to the top of its head. Their beaks are so strong they can crack coconuts, large Brazil nut pods and macadamia nuts.

The parrot’s population has declined due to habitat loss and the trapping of wild birds for the pet trade. About 10,000 were taken from the wild during the 1980s, but conservation efforts have helped their numbers grow in the Pantanal and they have started to expand to other regions. Today, there are about 6,500 hyacinth macaws in the wild.