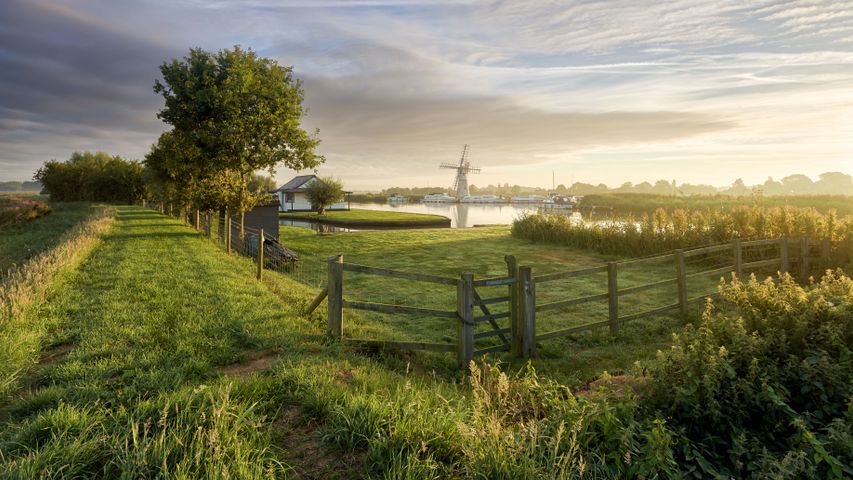 Welcome to the Broads, the UK’s smallest national park by area, spanning 303 square kilometres across the English counties of Norfolk and Suffolk. It is Britain's largest protected wetland, made up of over 60 open areas of water, known as ‘broads’, and seven rivers. There are many rare plants and animals that live here, from water voles and cuckoos to Britain’s largest butterfly, the swallowtail.

The Broads were man-made, dug out in medieval times to extract peat which was used as fuel. As sea levels rose, they flooded and were abandoned, creating beautiful waterways in their place. By the 19th century, the area had become a pleasure boating destination, and its roughly 200 kilometres of navigable rivers and broads now attract about eight million visitors a year. Our homepage image shows off one of the iconic windmills of the Broads in the village of Thurne, Norfolk.