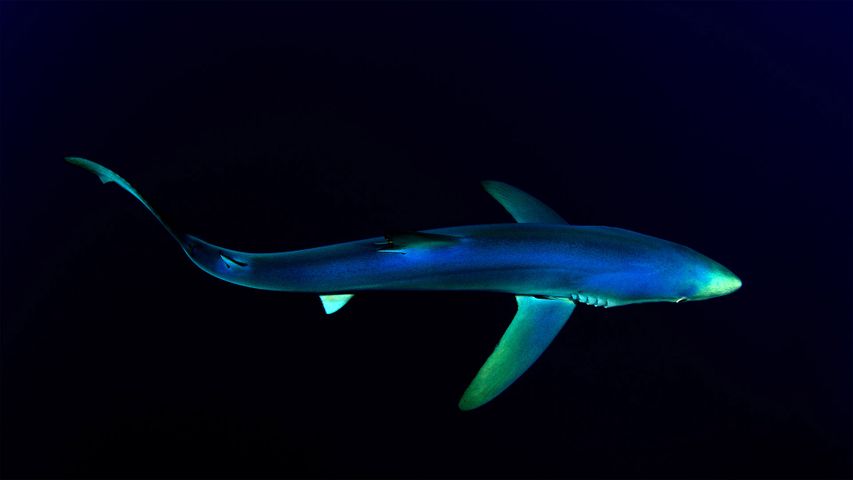 This blue shark is swimming near the Azores, a chain of islands about 1,367 kilometres west of mainland Portugal. The inspiration for this shark's name comes from its back colour, which can vary from a light blue to a darker shade. Its slender, tapered body is propelled through the water with agility and grace by a long tail fin that sweeps from side to side. Listed as 'near threatened', blue sharks are found off the coast of every continent except for Antarctica, making them the most widely distributed of all sharks. Swift and powerful swimmers, blue sharks migrate long distances - 1,900 to 2,700 kilometres - in a clockwise pattern, following along with ocean currents in search of food, mates, and 'just right' water temperatures. They prefer water on the cooler side, between 10 to 21 degrees Celsius, and will swim down 300 metres to find it.