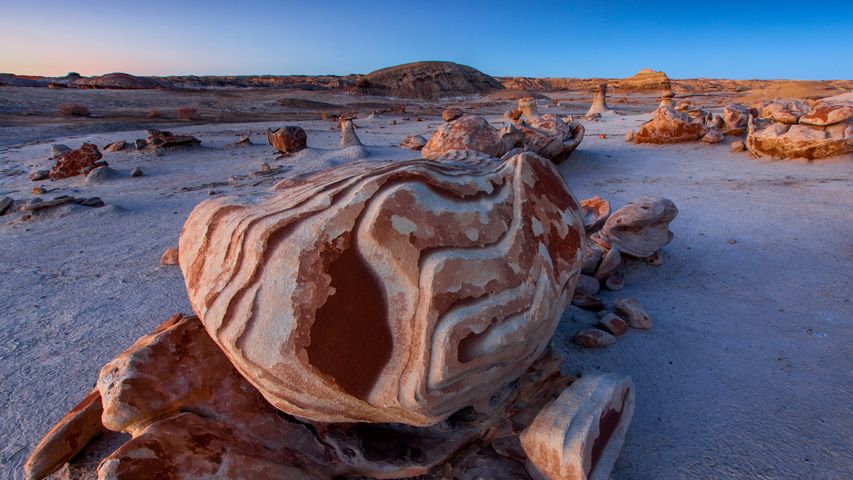 The strange rock formations in the Bisti/De-Na-Zin Wilderness inspired some creative names, such as the 'Alien Egg Hatchery' seen in this photo. More than 70 million years ago, this part of what is modern-day New Mexico, in the Southwestern United States, was a coastal swamp on the shores of the Western Interior Seaway – a huge inland sea that split the continent of North America into two halves during most of the mid and late Cretaceous period. The waters deposited a variety of sediment before receding over the centuries, leaving what is now a desert wilderness with wild stone formations.