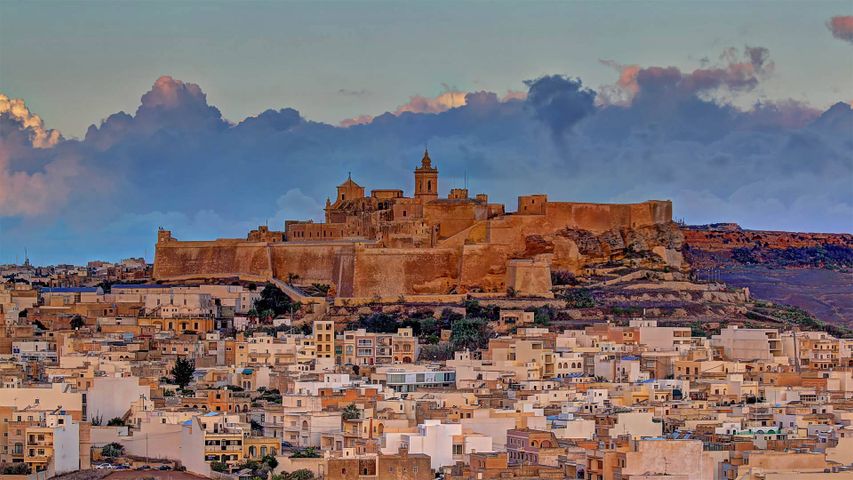 A celebration of Maltese culture

That mighty fortress at the top of the hill is called the Cittadella—it's a medieval fortified city at the geographical centre of the island of Gozo. Gozo is the second-largest island in the Maltese archipelago (after the island of Malta itself), and despite all appearances it's the less densely populated of the two.

On both Gozo and Malta, today marks the start of a two-day celebration of Maltese culture called Mnarja (sometimes spelled Imnarja). The national festival dates from the 16th century and is dedicated to the feast day of Saints Peter and Paul. During Mnarja, centuries-old Maltese customs and traditions are on full display. The streets come alive with traditional folk songs called ghana, as well as dancing, and horse and donkey races, some of which feature jockeys riding behind in chariots. Malta's national dish, a rabbit stew called fenkata, is served at nearly all Mnarja events. During the festival's medieval origins this was the only time of year when ordinary Maltese people were allowed to eat rabbit, which was usually reserved for the knights that then ruled the islands. To wash down the rabbit stew? Maltese wine, of course. Saħħa! ('Cheers!')