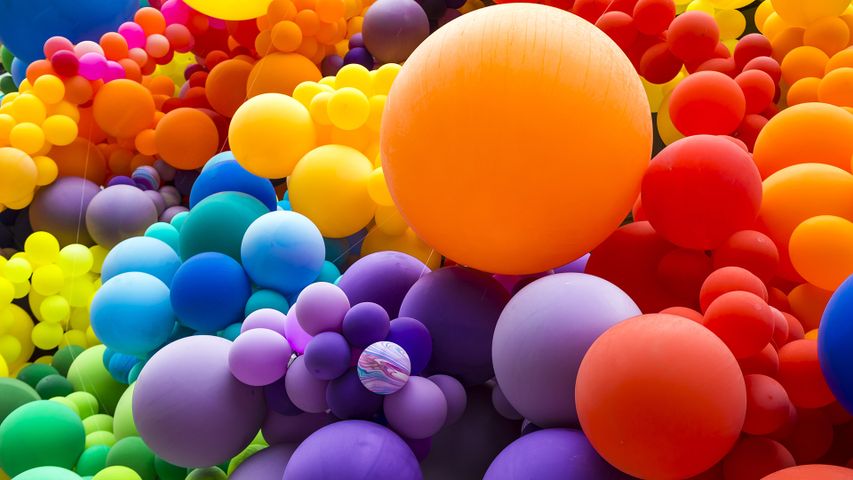 This June marks the 51st celebration of Pride Month – a time when millions of people come together in support of the LGBTQI+ community. Today is the Global Pride Day that commemorates the Stonewall riots, which began in the early hours of June 28, 1969, after police raided a gay club called the Stonewall Inn in New York City. The patrons fought back, paving the path for the modern gay rights movement.

Pride Toronto celebrates its 40th anniversary today with a digital parade honoring the LGBTQI+ community. Pictured here are colourful balloons that reflect the iconic rainbow pride flag. The original flag was designed by Gilbert Baker from Kansas and was first used in 1978. Baker had eight colours in the flag: hot pink, red, orange, yellow, green, turquoise, indigo and violet. However, due to production complexities, the hot pink and turquoise were dropped from the design, leaving behind the six-colour-rainbow we know today.