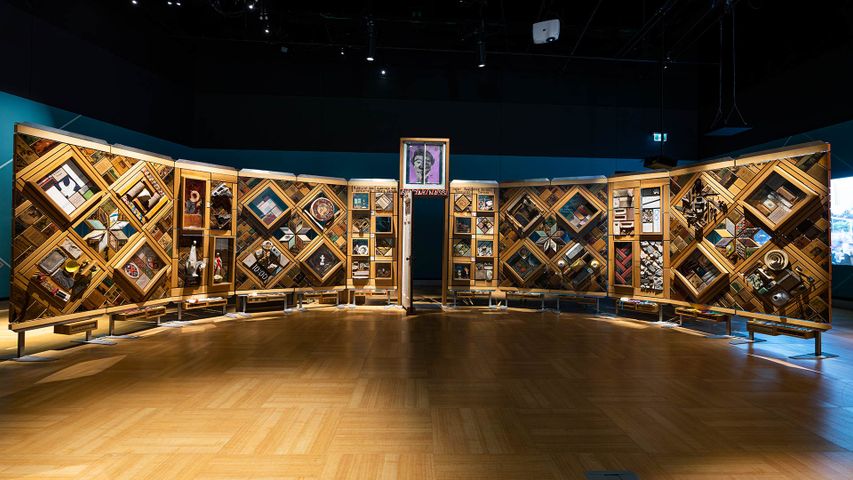 The Witness Blanket at the Canadian Museum of Human Rights, Winnipeg

On National Indigenous Peoples Day, we are observing the Witness Blanket exhibit at the Canadian Museum of Human Rights in Winnipeg. Created by Kwakwaka’wakw artist Carey Newman (Hayalthkin’geme), this powerful 12-metre-long installation was built to honour the legacy of the Indigenous children who were forced into Indian residential schools across Canada. The Witness Blanket consists of more than 800 items such as photos, books, braids, letters, clothing and art. Every object here bears witness to the stories of the residential school survivors. This exhibit signifies the importance of commitment to reconciliation and invites visitors to understand and confront the atrocities faced by the Indigenous peoples of Canada.

We honour the 215 Indigenous children whose remains were recently discovered on the grounds of the former Kamloops Indian Residential School in British Columbia. The school was operational between 1890 and 1969. The federal government took over the establishment from the Catholic Church and operated it as a day school until its closure in 1978.

The Feature Staircase in the Macodrum Library, Ottawa