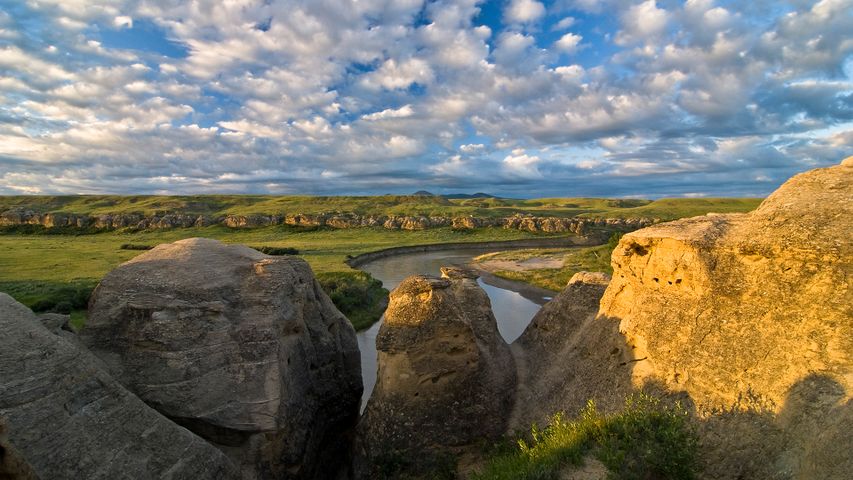 Roméo LeBlanc, Canada’s Governor General in 1996, declared National Aboriginal Day as a day for Canadians to observe and commemorate the Inuit, First Nations and Métis peoples’ diversified traditions, distinct heritage, and remarkable contributions. Now known as National Indigenous Peoples Day, the three groups mentioned are officially identified as Indigenous Peoples under the Canadian Constitution. Alongside the many similarities, these groups have different languages, spiritual beliefs, and cultural customs.

The scenic landscape featured today is from Writing-on-Stone Provincial Park/Áísínai'pi, located in southern Alberta. This area is part of the Traditional Blackfoot Territory and is inhabited by the Blackfoot People (Niitsítapi). The unique landforms featured here are a product of erosion from volumes of meltwater over a long period of time. Despite the constant erosion, some of the petroglyphs and pictographs spotted here are astonishingly well-protected. As per an age-old belief by the Blackfoot People, when the old pictographs are eroded as part of nature’s cycle, new pictographs will appear by the spirits.

The Witness Blanket at the Canadian Museum of Human Rights, Winnipeg