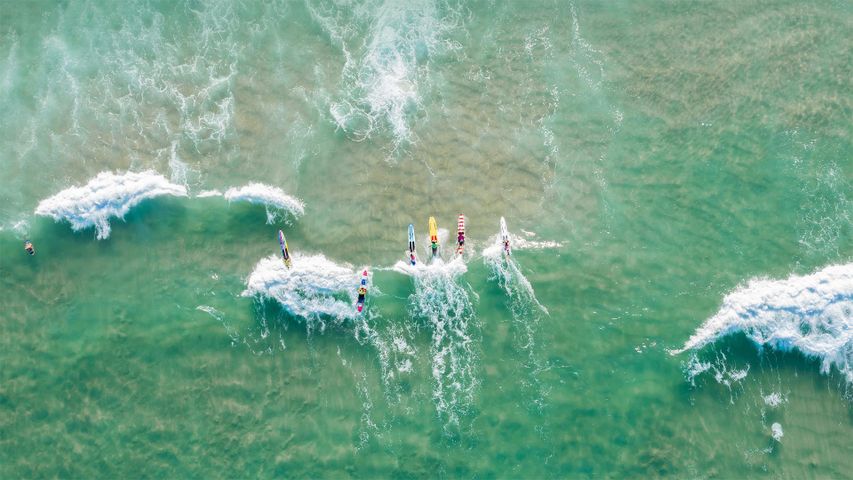 It's International Surfing Day! Here in the US we may be welcoming summer tomorrow, but these Aussie surfers are saying g'day to the rad waves of winter (which started for them on June 1). Though peak surf season is autumn (that is, our spring) here in the Gold Coast area of Queensland, these tropical beaches offer world-class breaks all year long.

We Americans usually think California when we think surfing, but the sport's history runs deeper here in the South Pacific. Fijians, Tahitians, Hawaiians, and other Pacific Islanders have been riding waves for several hundred years at least. But the sport didn’t really catch on in the rest of the world until the early 1900s, when Hawaiian Olympic swimmer Duke Kahanamoku demonstrated surfing to both US and Australian officials, creating a wave of popularity that has yet to break.

Kayakers on Eagle Creek in the Columbia River Gorge, Oregon

Underwater view of wave in Hawaii