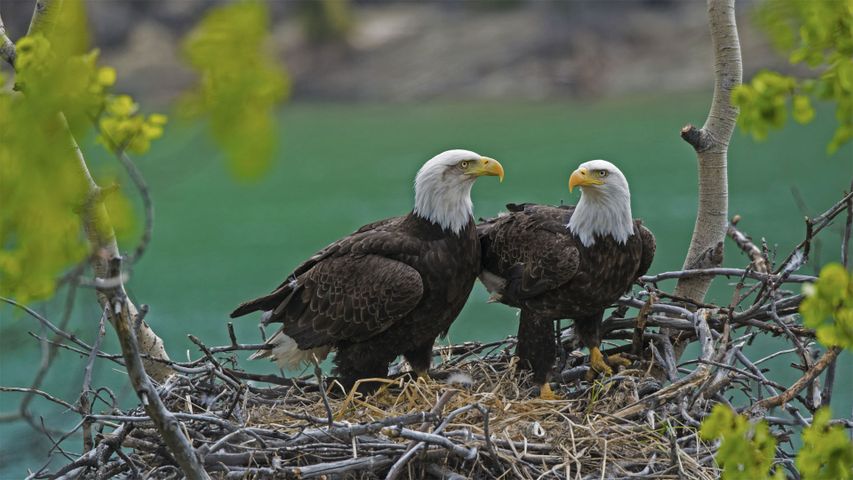 These bald eagles look like they're enjoying some family time on Father's Day. But today is extra special for them, because it's also American Eagle Day, a celebration that commemorates the date in 1782 when the bird was added to the Great Seal of the United States, effectively becoming a national symbol. With an olive branch in its right talons and a bundle of 13 arrows in its left (representing the 13 original states in the Union), the eagle is said to represent a strong desire for peace, but readiness for conflict. You'll recognize the Great Seal of the United States from its appearance on passports, flags, official documents, and American currency.

Bald eagles were once plentiful in North America, but by the 1950s their population had plummeted to around 400 nesting pairs. Their decline was attributed to several factors, including use of the pesticide DDT, which caused thinning in their eggshells and interfered with reproduction. New regulations, including a ban on DDT, helped the species rebound. Today, bald eagles can be found in all US states except Hawaii.

Father's Day was first celebrated in 1910 in Washington state. While it gained popularity over the years, it didn't become a national holiday until President Richard Nixon signed a bill in 1972. Mother's Day got a presidential proclamation in 1914, but let's not get competitive here—today's about dad.

Bald eagle near the Mendenhall Glacier in Juneau, Alaska