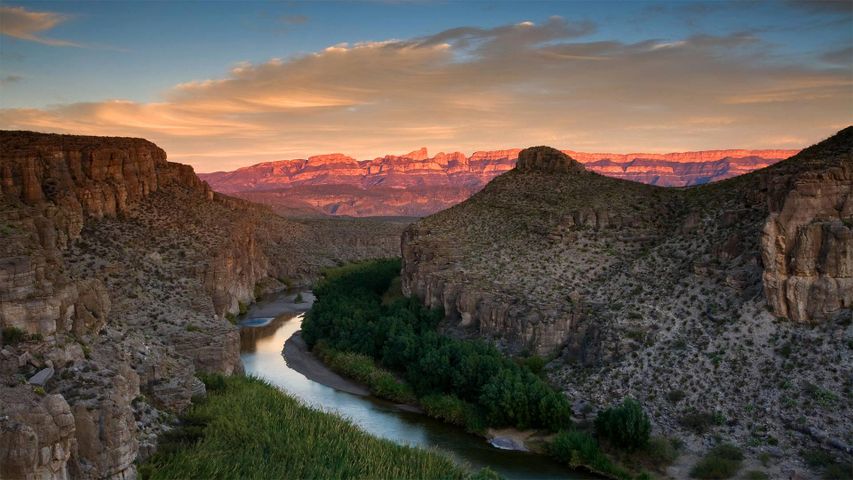 Welcome to “one of the last remaining wild corners of the United States”, according to the US National Park Service. Big Bend National Park in Texas is one of the most remote spots in the country, hours from the nearest towns or airports, making it one of the USA’s least-visited national parks. The rugged terrain here covers almost a million acres of undeveloped natural beauty - and plenty of silence for those looking to escape the hustle and bustle of modern life.

At Big Bend, you’ll find craggy hiking trails, red mountains, limestone canyons and hot springs alongside the famous Rio Grande, the river which skirts the park’s southern boundary (and defines part of the US-Mexico border) on its long journey from Colorado to the Gulf of Mexico.

There's also the wildlife you’d expect to find in the Wild West, including rattlesnakes, packs of javelinas (a hoofed mammal similar to wild boars) and 20 species of bats. But it’s the huge night sky unencumbered by light pollution that draws stargazers to Big Bend from all over the world. After all, everything, as they say, is bigger in Texas.