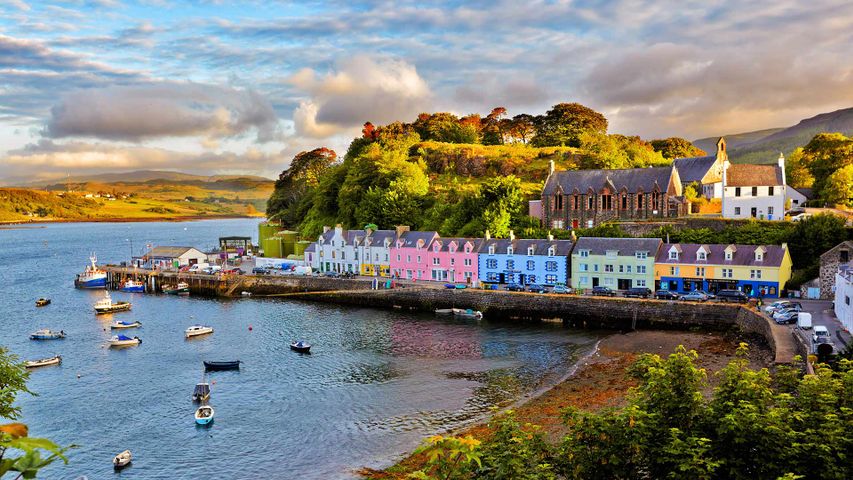 Harbour of many hues. Sunset on Portree

We’re gazing out over the colourful buildings of Portree on the Isle of Skye, the largest island of Scotland’s Inner Hebrides. Sheltered by the surrounding hills and cliffs, it is the main town on Skye and is home to the site of MacNab’s Inn – now part of the Royal Hotel - where, in 1746, Bonnie Prince Charlie, leader of the Jacobite Rebellion, bade farewell to Flora MacDonald before eventually escaping to France after being defeated at the Battle of Culloden.

Portree was created as a fishing village at the beginning of the 19th Century and still has its own fishing fleet and salmon industry. Before the coronavirus pandemic brought a clampdown on travel, it was also a popular cruise ship destination. Skye itself is famous for its scenery and wildlife, particularly the jagged peaks of the Cuillin mountain range and spectacular geological formations such as the Old Man of Storr.