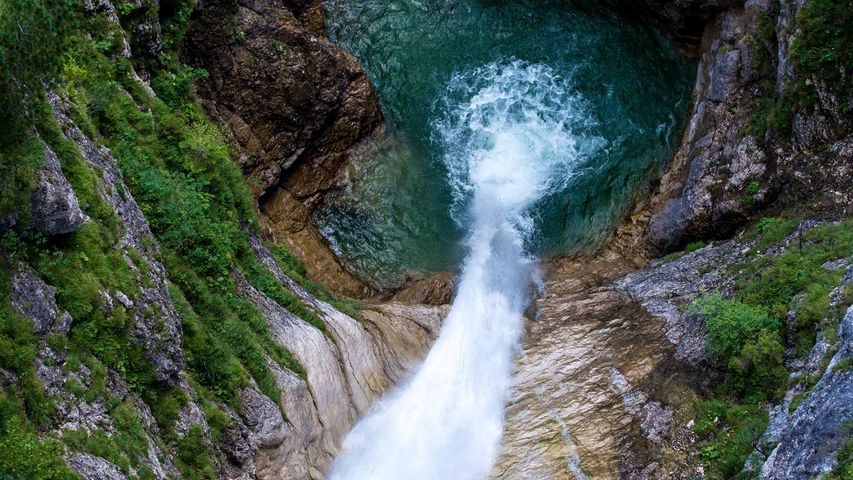 Our view of this dramatic waterfall comes from a footbridge spanning Pöllat Gorge, located near the town of Füssen in Bavaria, Germany. Marienbrücke (or Mary's Bridge) was originally built in 1845 by King Maximilian II of Bavaria in honour of his wife. The bridge was later rebuilt by his son, King Ludwig II, who replaced the wooden railings with an iron structure. The gorge is about 90 metres below the bridge, which is also a popular destination for tourists who want to get a photo of the nearby 19th-century Neuschwanstein Castle. The palace was commissioned by Ludwig II as a retreat and built in honour of German composer Richard Wagner.