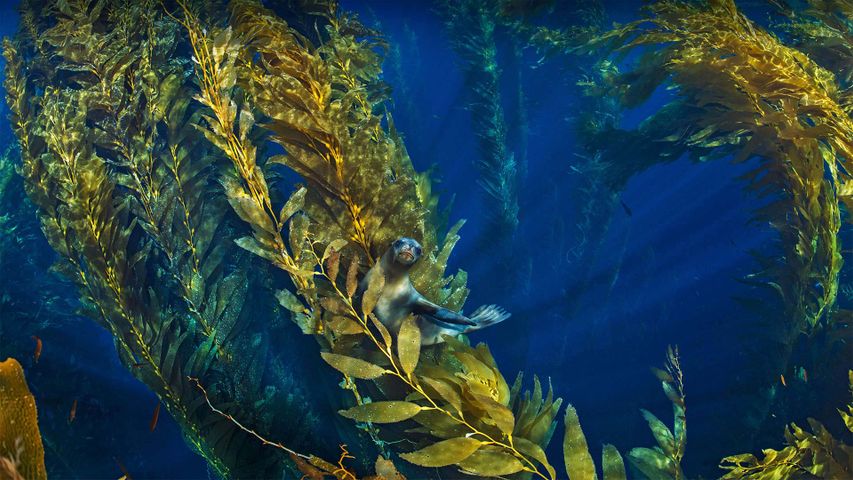 This California sea lion is looking out from a kelp forest near the Channel Islands of California in the United States. Although this sea lion is named after the US state, it can be found all along the western coast of North America, from central Mexico up to Southeast Alaska. They tend to live in the shallow coastal areas, eating mainly squid and fish. They are very social and intelligent animals, often gathering in large – and loud – colonies on beaches and rocky shores to breed and have their pups.

For the Cricket World Cup, a cricket-themed sculpture at Yorkshire Lavender, England