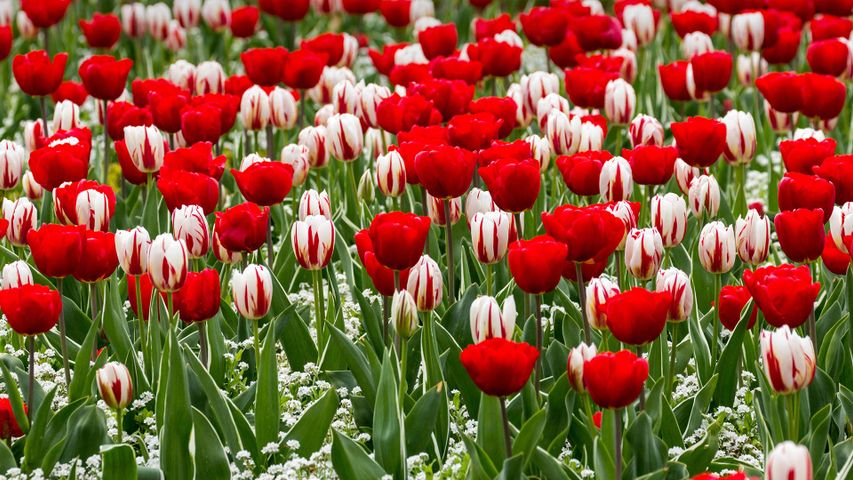 These vibrant tulips are blooming in the right colours for St George’s Day, 23 April. The red and white of the St George’s Cross, England’s national flag, will be flying across the country today to mark the date its patron saint is said to have died in 303 CE. The history of the St George’s Cross goes way back to medieval times. Representations of St George himself bearing a red-on-white cross date to the late 1200s, when he was often depicted as a crusader knight. It is believed to have been used by English soldiers in the 1270s during the reign of Edward I, who is thought by some to be responsible for introducing it as the national emblem.

Little is known for definite about St George himself. He was not English, he is thought to have been born Cappadocia, Turkey around 270 AD, and was a soldier in the Roman emperor who was executed as part of the persecution of Christians under Emperor Diocletian. That famous story about him slaying a dragon was a much later addition centuries after his death, popularised in the late 13th Century. But let's not let facts get in the way of a good story.

St George and the Dragon fresco on a medieval building in Stein am Rhein, Switzerland

A helter skelter ride decorated with St George and the Dragon in Plymouth, Devon