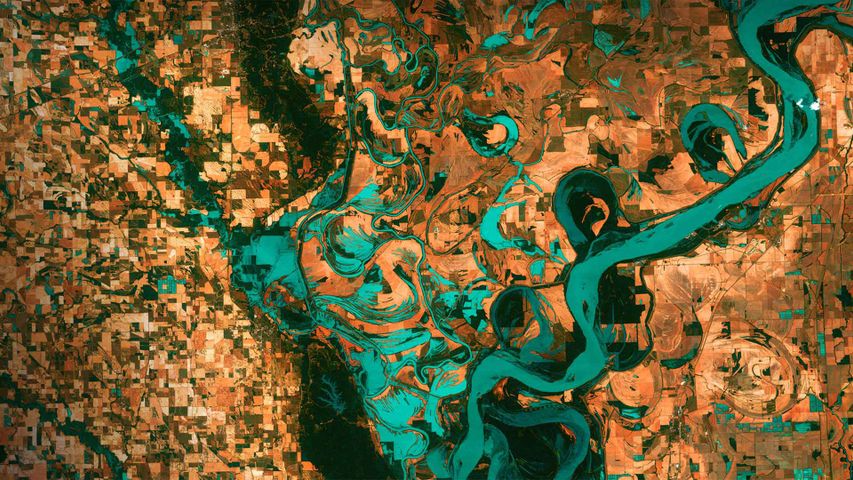 It's Earth Day and we are high above the blue marble looking down on the border between the southern US states of Arkansas and Mississippi. Those small, blocky shapes are towns, fields and pastures and that teal green is the mighty Mississippi River. Anyone who has flown in the window seat of an aeroplane and gazed down at Earth below might wonder why the colours in this particular image are so unreal. That’s because they are. These images were taken in 2013 by Landsat 7, a Nasa satellite that uses thermal infrared sensors to help scientists better distinguish flora, fauna, water and man-made objects.

For almost 50 years, Nasa has been using satellite imagery to understand how climate change and population growth are affecting our fragile planet. These satellites help Nasa see where deforestation and wildfires are happening, where glaciers are melting and how rising waters are encroaching on cities.

The biggest cause of these changes? According to Nasa, it’s us. Since the first Landsat launched in 1972, the Earth’s population has almost doubled, from 4 billion people then to 7.8 billion today. But there is some good news to mark this Earth Day: The Mississippi River we see here is much less toxic now than it was back in 1972, thanks to environmental laws and regulations.