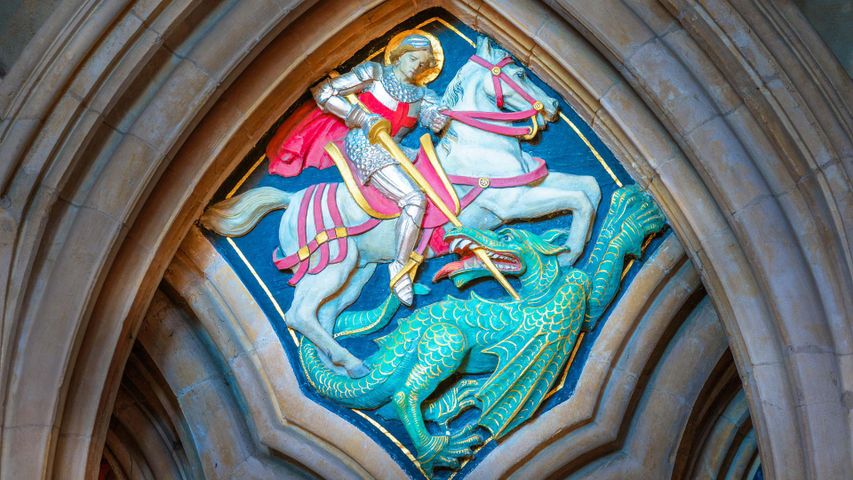 By George!. George the dragon-slayer

Since 1222, St George's Day has been celebrated on 23 April, the traditionally accepted date of the patron saint of England's death in 303 AD. According to legend, he was a soldier in the Roman army but very little – if anything at all – is known for sure about the saint. The most famous legend of Saint George is of him slaying a dragon, a tale which became popular in the 12th century – long after his death. There are different versions of the story, but most agree that a fearful dragon terrorised a town, gobbled up all the sheep and then started eating people, who were drawn from lots to decide who was to be fed to the beast. When the king's daughter was picked, a heroic knight rode by on his white horse, killing the dragon and saving the princess. Very Game of Thrones.

Christmas decorations in the medieval cloister at Gloucester Cathedral

St George and the Dragon fresco on a medieval building in Stein am Rhein, Switzerland

A helter skelter ride decorated with St George and the Dragon in Plymouth, Devon