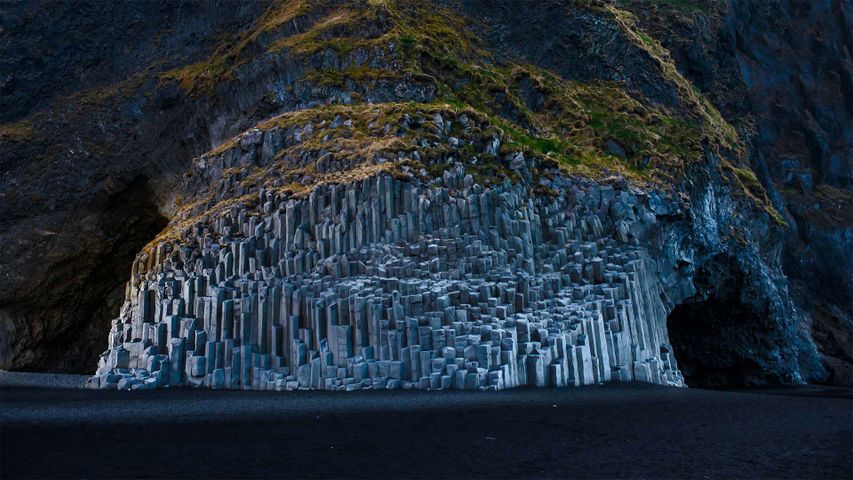 Towering over a black sand beach

Black sand meets basalt stone stacks on this chiselled stretch of Iceland’s southern coast. This is Reynisfjara Beach, widely considered the most beautiful example of the country’s black sand beaches. Towering like the pipes of a giant organ over the beach, the stone stacks in our homepage image were formed when a volcano erupted, spewing flowing lava that cooled into these formations. There's no shortage of volcanoes in Iceland, known as the land of ice and fire, and Reynisfjara boasts many stunning rock formations. Here you can also see the towering spiky sea stacks known as Reynisdrangar. Ask the locals how they formed, however, and you may get a different story, one involving trolls and a battle with a three-masted ship.