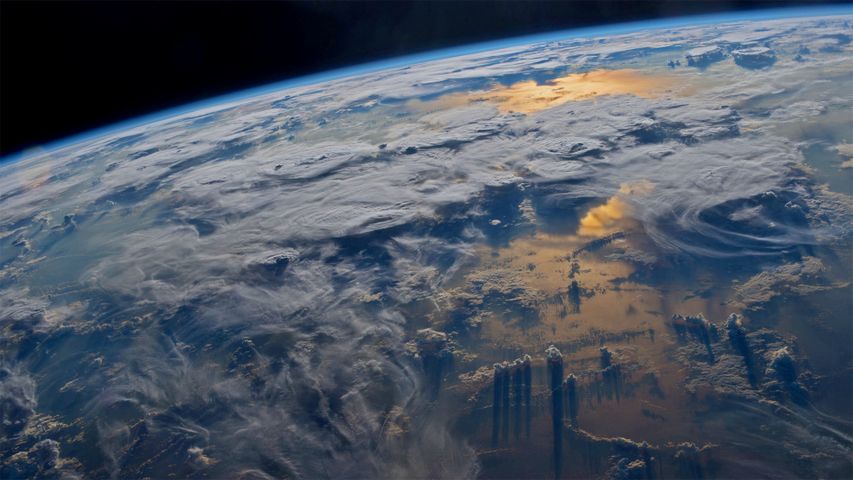 Sixty years ago today at around 9am Moscow time, Yuri Gagarin became the first human to get a view of Earth from space (this one on our homepage was actually captured from the International Space Station by astronaut Jeff Williams). With the famous utterance 'Poyekhali!' ('Off we go!'), Gagarin launched into low Earth orbit in his Vostok 3KA spacecraft, making history in less than two hours with a complete trip around the planet. Landing in rural Russia, he became an instant worldwide celebrity.

Gagarin's flight dashed Nasa's hopes of making an American the first person in space. But the Soviets' success kicked the Space Race into high gear, setting the stage for a spate of US spaceflights and eventually that first trip to the Moon. Now that competition in spaceflight is less bitter, 'Yuri's Night' is observed by astronomy lovers of all nationalities, celebrating how space exploration can unite the world. It's even a double holiday now: The first US Space Shuttle mission coincidentally launched on Yuri's Night in 1981.