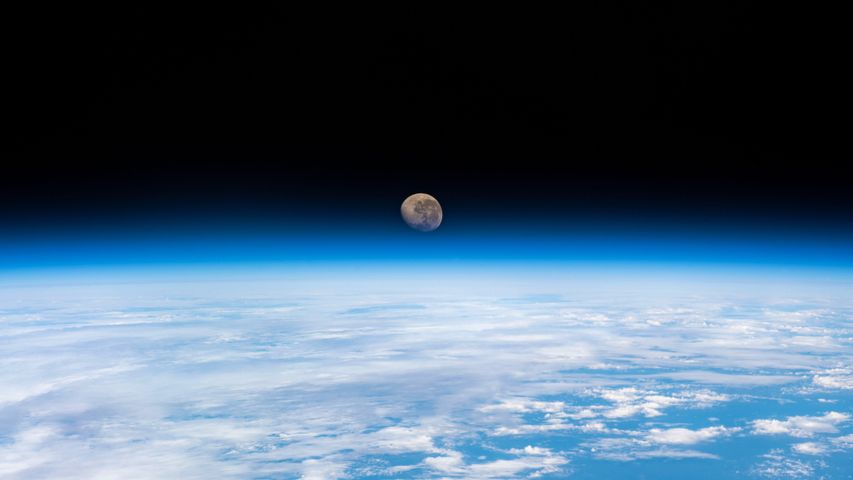 Sixty-one years ago today, Yuri Gagarin became the first human to see Earth from space, with a view similar to this image of the waning gibbous Moon from the International Space Station. With a call of 'Poyekhali!' (Off we go!), Gagarin launched into low Earth orbit in his Vostok 3KA spacecraft, making history in less than two hours with a complete trip around the planet. Landing in rural Russia, he became an instant worldwide celebrity - that is, after convincing puzzled locals he was a comrade and not a space alien.

Gagarin's flight dashed Nasa's hopes of making an American the first person in space. The Soviets' success quick-fired the space race into high gear, setting the stage for a spate of US spaceflights and eventually the first trip to the Moon. 'Yuri's Night' is observed today by astronomy lovers of all nationalities, and is a reminder, in this divided time, of how space exploration can help unite the world. Coincidentally, the first US Space Shuttle mission launched on Yuri's Night in 1981.