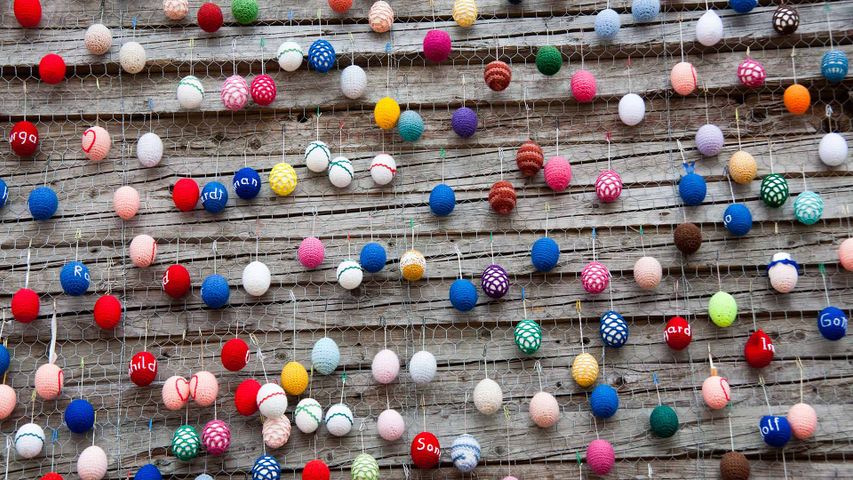 These egg-shaped decorations hanging in Alexanderplatz, a public square in Germany’s capital city Berlin, are just one example of an Easter tradition that goes back centuries. While Easter is the most important festival in the Christian calendar, some of its symbols are of pagan origin and eggs have long been associated with new life and spring. Chocolate eggs were not really introduced in Europe until the 19th century but decorating eggs is a tradition that goes back long before. King Edward I reportedly bought 450 eggs to be decorated and distributed to his household as far back as 1290.

Another British monarch, Queen Victoria, later helped popularise the custom of holding an Easter egg hunt – which, along with the Easter Bunny, has its roots in Germany. Victoria’s German-born mother organised egg hunts at Kensington Palace and the queen later continued them with her own children. The chocolate eggs that are so popular with children today first emerged in France and Germany and only appeared in the UK from the 1870s. But Easter eggs in one shape or form have been with us for a very long time indeed.