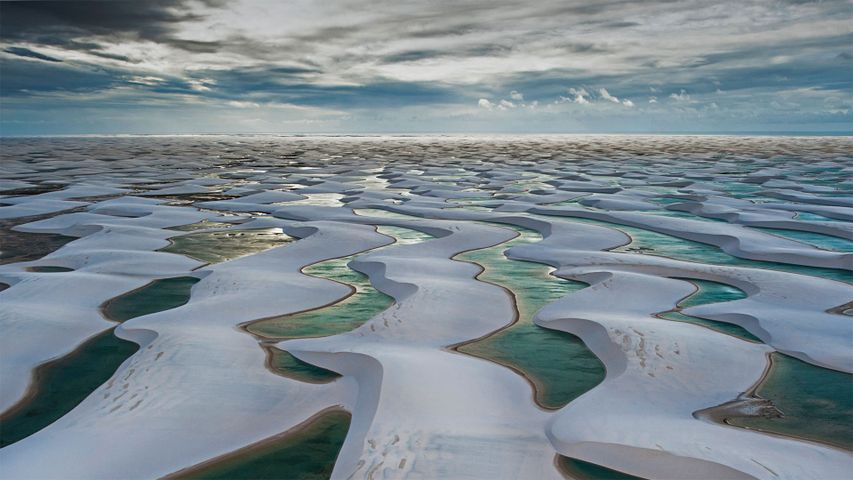 From the air, the mesmerizing tapestry of sandy dunes and lagoons you see here gives Lençóis Maranhenses National Park an otherworldly, desert-like appearance. Located in the sparsely populated Northeast corner of Brazil, this park gets far too much annual rainfall—nearly 120 centimetres—to be considered a desert. In fact, heavy rain is part of what makes this place unique: Nearly 70 percent of its annual rainfall comes between January and May, filling the park's nearly 40,000 lagoons to the brim with fresh rainwater. Why doesn’t the water sink into the sand? A layer of impermeable bedrock beneath the dunes prevents that from happening.

Despite its remote location, the park, established in 1981, has become a popular destination for ecotourists. They come partly to see the many kinds of animals and plants that manage to thrive here, including several endangered species. One of the park's most famous inhabitants is the predatory Atlantic wolffish, which lies dormant during the dry season by burying itself into the layers of wet mud in the lagoons, only to reemerge to snack on unsuspecting prey as the pools refill with the rains.