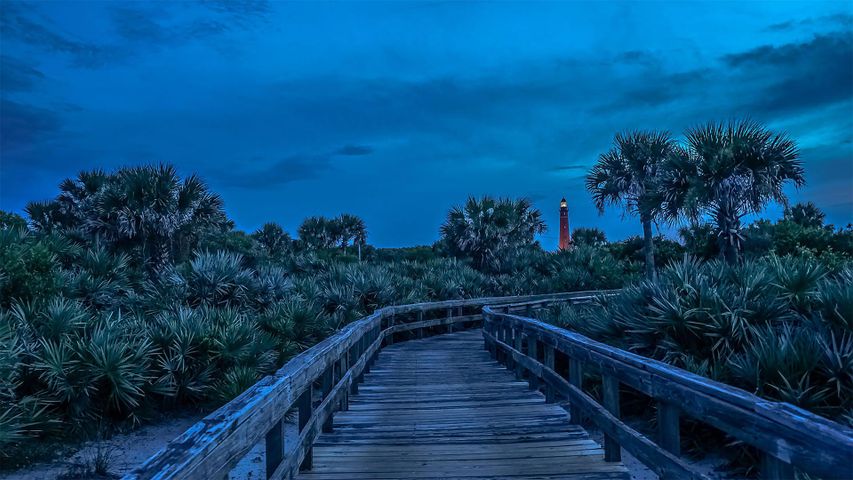 We’re at the Ponce de León Inlet Light in Central Florida for Pascua Florida Day, which marks the anniversary of the Spanish explorer's arrival here in 1513. Believing it to be an island, Ponce de León claimed the land for Spain and named it 'La Florida'—because of the verdant landscape and also because it was during the Easter season, which the Spaniards called 'Pascua Florida' (Festival of Flowers). According to legend, Ponce de León arrived here in search of the Fountain of Youth, a mythical water source said to restore the youth of those who drink or bathe in its waters. While that mission was unsuccessful, his name lives on in history–and on this lighthouse and the inlet where it shines.