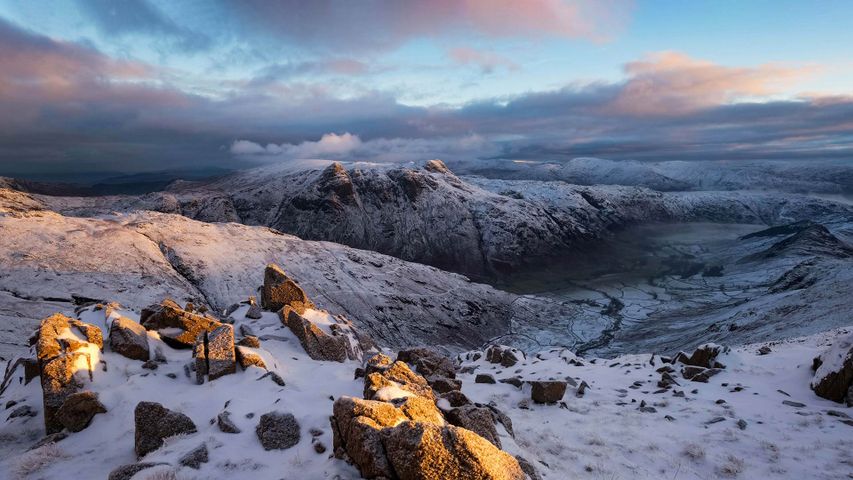 Wintry clouds gather over the dramatic landscape of Great Langdale in the Lake District, carpeted in a fresh layer of snow. Towering over the centre of the image are the Langdale Pikes, the most recognisable fells in the national park in Cumbria. As mountains go, they are not that high - the tallest, Harrison Stickle, is 2,414ft (736m) tall - but they can appear deceptively steep, especially when viewed from their southern side. Those knobbly tops and craggy peaks huddling together for warmth give them a distinctive profile, recognisable for miles around.

These volcanic rocks stand in the heart of a landscape of mountains and lakes forged over the millennia by ice and fire. The exposed greenstone on one of the peaks, Pike o’Stickle, was quarried and used to make axe heads which were traded throughout Britain during Neolithic (New Stone Age) times. Those rugged slopes are still popular today, attracting walkers and climbers keen to conquer the craggy summits and enjoy mountain tarns, rock pools and dramatic waterfalls.