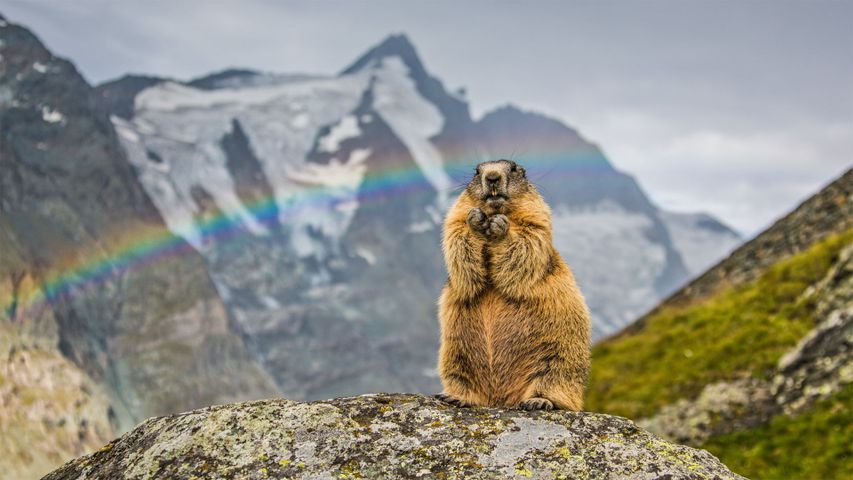 For many people, the last year has been a bit like the movie 'Groundhog Day,' with every day feeling the same. But today actually is Groundhog Day. This marmot in Austria popped up to see…a rainbow? We're not sure what that means for the weather forecast, but it feels like a good sign. (The groundhog is a type of North American marmot.) As per folklore, if the groundhog sees its shadow, six more weeks of winter are in store. If it doesn't, then we're looking at an early spring. There's no science behind it; the custom has its roots in Pennsylvania Dutch culture and was popularized by the Punxsutawney Spirit newspaper in Pennsylvania in 1887—and again by the Bill Murray movie in 1993.

Prairie slough with farmland and rainbow in the background, near Bruxelles, Manitoba