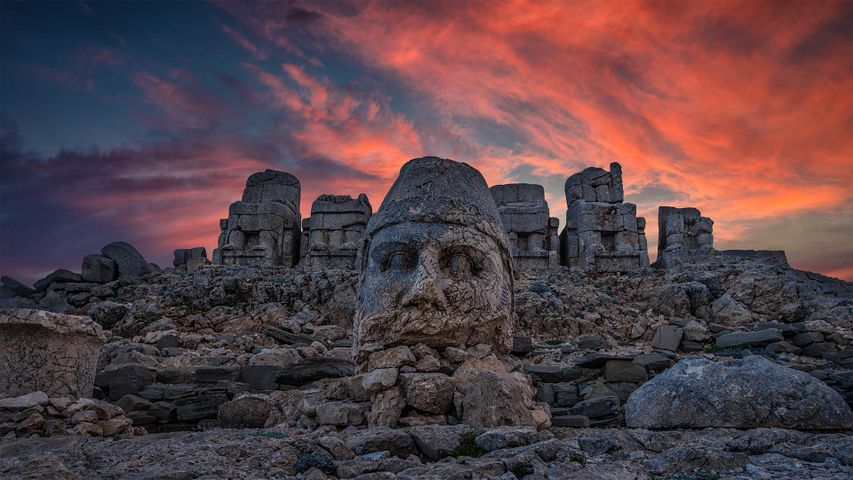 The ruins on Mount Nemrut depict a gaggle of gods from both Greek and Persian traditions, plus a few deities the emperor Antiochus I made up himself. The range of spiritual faiths represented in the statues found near the 2,100-metre summit reflects southeastern Turkey's long history as a crossroads of cultures. Today, the derelict statues are protected as a UNESCO World Heritage Site.

In 70 BCE, Antiochus took power here in Commagene, one of several small onetime states formed from the shambles of the Seleucid Empire. Looking to unify his populace, he synthesized a mythology that hailed Greek and Persian figures, from Ares to Zarathustra—plus the emperor himself and his family. Antiochus' claim to godhood wasn't eternal, as he was deposed in 31 BCE, but sometime before that he cemented his customized state religion in history by having its partial pantheon—including, of course, himself—carved into stone statues on the peak overlooking his kingdom.