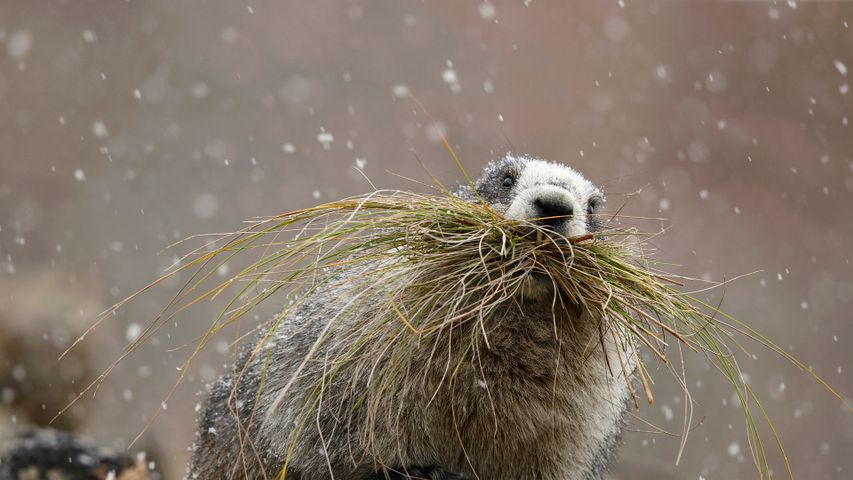 Do you think this hoary marmot in Alaska’s Denali National Park is wondering whether its relative, Punxsutawney Phil, saw his shadow today? Groundhog Day is a tradition celebrated in Canada and the United States. It originated among the Pennsylvania Dutch, but groundhogs aren’t the only animals believed to predict the weather. It’s said you can predict the severity of an upcoming winter by examining the stripes on a woolly bear caterpillar’s back. And in Germany, folks once looked to the badger to forecast the coming of spring. But no furry prognosticator of the weather has gained as much fame as Punxsutawney Phil. Perhaps we have Bill Murray to thank for that? (Be right back, got to que up Murray’s film ‘Groundhog Day.’) Say, do you ever have déjà vu? Wait, did we just ask you that?