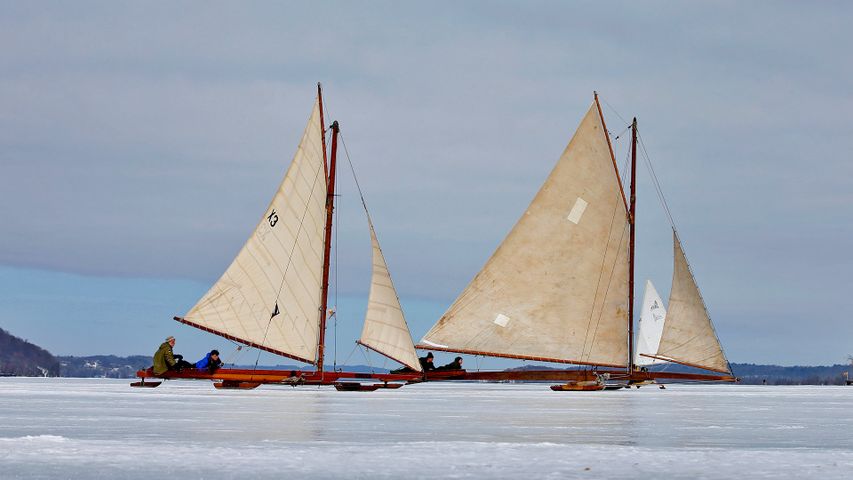 America's Hudson River in New York, winter of 2014: Temperatures were so cold for so long that sailors were able to take their antique wooden ice yachts out for a sail on this 32-kilometre stretch of thick ice. It was a rare sight for the area. Global warming meant that the Hudson River hadn’t frozen thick enough for safe iceboating in years.

But beginning in the 1850s and lasting into the early 20th century, when average winter temps were colder, the Hudson Valley was the iceboating capital of the world. Speed was much of the allure. Supported by metal blades ('runners'), like skates, an iceboat encounters little forward resistance, enabling it to glide over the ice at thrilling speeds. In iceboating's heyday, wealthy yachtsmen raced their iceboats over the frozen Hudson as thousands of spectators watched along the riverbanks. In 1885, John Aspinwall Roosevelt, US President Franklin D. Roosevelt's uncle, founded the Hudson River Ice Yacht Club, which still exists today. It maintains these beautiful antique wooden iceboats, and if the area is lucky enough to have another long, cold winter, they'll again take to the ice.