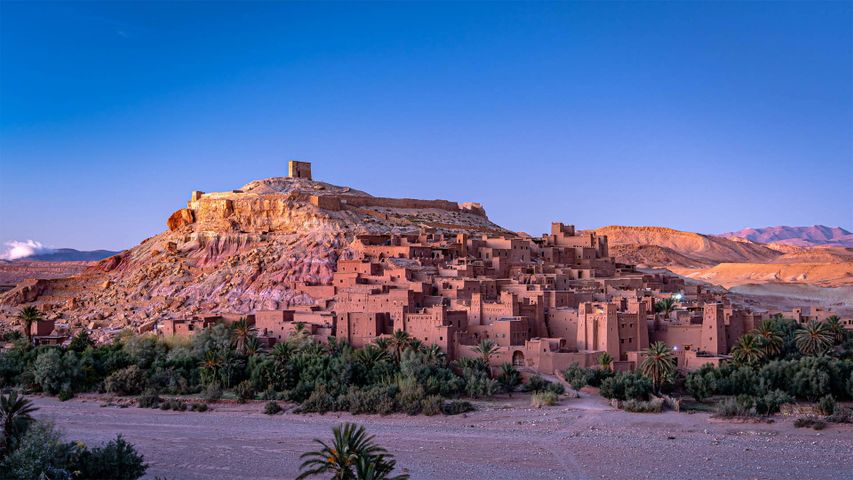 At the gates of the 'ksar'

At the eastern edge of the Atlas Mountains in Morocco, Aït Benhaddou stands suspended in time. The ancient mud-brick 'ksar' (fortified city) was first built roughly 1,000 years ago, catering to travellers along the former caravan route between the Sahara Desert and the city of Marrakech. As a prime example of Moroccan earthen clay architecture, Aït Benhaddou has been a UNESCO World Heritage Site since 1987. It's no longer teeming with the large numbers of people who once lived there. But there are small markets and a few families within the ancient city who cater to the visitors who come to walk its historic streets. As a symbol of Morocco's enduring history, Aït Benhaddou would be a fine place to reflect upon the events of January 11, 1944, when Moroccan nationalists issued a public proclamation calling for the independence of their country, an audacious action that sparked the movement that would end colonialism by 1956.