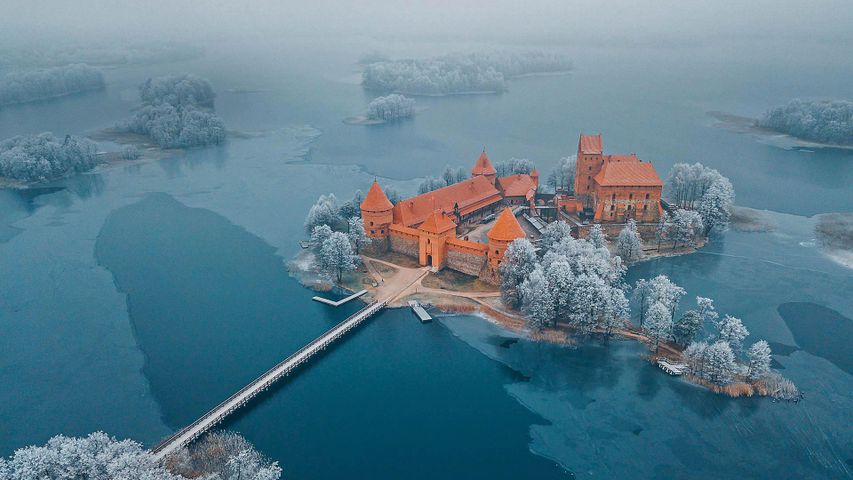 Our headline quote comes from the movie 'The Princess Bride', of course, but our homepage castle is found in Lithuania, the largest of the three Baltic states. Construction on this fortress began in the 14th century by the Grand Duke of Lithuania and was completed years later by his son. It served as a strategic and bustling centre of the Grand Duchy of Lithuania, a former European state. Like much architecture from so long ago, the castle was damaged and fell into disrepair, only to be reconstructed and reopened as a museum. These days its known as one of the most charming medieval castles in Europe.